Recognizing the needs of health care workers who serve as unpaid caregivers after clocking out for the day—and the added stress of the pandemic.

COVID-19 is taking a tremendous toll on the well-being of health care workers (HCWs). Recent research published by the American Psychiatric Association concluded that nearly half of 1,685 HCW study participants reported serious psychiatric symptoms—including anxiety, depression, suicidal ideation, and PTSD—during the pandemic. HCWs of all disciplines are increasingly exhausted and frustrated as they balance professionalism with dismay over a perceived lack of public and administrative support for their efforts.

For many HCWs, however, the workplace is just one side of the pandemic’s emotional distress equation. In addition to serving as professional caregivers, many are doing 'double duty'—caring for family members or neighbors in informal, unpaid capacities.

"In addition to serving as professional caregivers, many are doing 'double duty'—caring for family members or neighbors in informal, unpaid capacities."

According to a 2020 AARP survey, 20% of US adults, which comes out to more than 50 million people, now serve as unpaid caregivers—helping with health care tasks and personal needs for adult family members, children with special needs, neighbors, and friends. This is an increase of 10 million caregivers since 2015. Other studies put the number even higher, and the number further expands when parents are included. Also, 43% of adults are caregivers for either someone under or over the age of 18, and 23% of adults are “sandwich” caregivers, caring for individuals in both age groups.

The emotional impact on these informal caregivers is stunning. A study conducted as part of The COVID-19 Outbreak Public Evaluation (COPE) Initiative and co-authored by officials at the Centers for Disease Control and Prevention (CDC) revealed increased mental health symptoms and suicidal thoughts among unpaid caregivers during the pandemic. The results are disconcerting:

The data regarding well-being is bleak for both professional and informal caregivers. So consider the magnification of the pandemic’s impact when one person has both roles. While data specific to double-duty HCWs is scant, a recent study shows the plight: employed caregivers have a higher prevalence of adverse mental and behavioral health symptoms than those not employed. And, among employed caregivers, symptoms were more common among essential workers than nonessential. According to ARCHANGELS, a national platform that recognizes and supports caregivers, double-duty caregivers are one and a half to two times more likely to be ‘in the red’ (indicating “high” caregiver intensity) than the average caregiver population.

Finally, consider this: during the pandemic, palliative care clinicians amplified their traditional practice of providing emotional support to their health care colleagues, placing those already in dual-caregiving roles into triple-duty status.

Statistics: People with the Tears Wiped Away

Alexandra Drane, ARCHANGELS’ co-founder and CEO, reminds us, “Statistics are human beings with the tears wiped away.” How do these data on professional and personal caregiving take form in the lives of palliative care workers? Two palliative care clinicians shared their stories.

Kay Fischer, a nurse practitioner at an urban Wisconsin hospital, has chosen to retire this fall rather than continue full-time in a profession she loves but finds increasingly difficult to tolerate. Kay is a mother of seven, including two young adopted children, and at the time that the US shut down, a week-old infant that her family fostered for several months. She worked in-person throughout the pandemic to care for patients and to support co-workers who were caught off guard by the intensity the pandemic.

"Once home from work, her routine was lengthy and included doffing clothing in the garage and running to the shower, to avoid contaminating her vulnerable family."

Kay described the hospital work as “numbingly hard”, necessitating compartmentalization of her emotions and revival of skills learned in the trauma setting. Once home from work, her routine was lengthy and included doffing clothing in the garage and running to the shower, to avoid contaminating her vulnerable family. She described the irreconcilable incongruity of holding her phone up to the door of a dying patient’s room to help the family say goodbye, and then, once home, quickly shifting gears to play with her six-year old. Kay estimates she aged “about 100 years” by working throughout multiple waves of COVID and admits she is increasingly intolerant with those who are willingly unvaccinated. In her words, “I am toast; I am done.”

Kay said her large organization has been supportive of its staff who continue to work, while simultaneously caring for their own families. However, she has watched several colleagues leave the health system for other opportunities, many within the same field, due to the combined stress that has now become routine in health care. When asked to describe her approach to self-care as a double-duty caregiver, Kay’s response was, “I finally quit to find balance elsewhere.”

Sarah Friebert, MD, works full time as director of palliative care at Akron Children’s Hospital. She was the main caregiver for both of her parents until her father died during the pandemic. She remains the primary caregiver for her 87-year old mother who lives alone, 25 minutes away. Sarah supports her mom in a variety of ways: she shops and delivers groceries and other necessities; oversees medical appointments and addresses health concerns; spends time being present; and is generally on call to respond to needs, all while shopping for her own household as well. On top of this, Sarah’s spouse is immune-compromised. She worries about keeping her exposure to COVID at a minimum for her loved ones, knowing “it’s all over” if she becomes infected. This leaves her to wonder, “Who will do all this if I go down? There is no one else.”

She feels that the pandemic put a fine point on issues that already burden HCWs who also care for loved ones.

“Caregiving is a part-time job on top of my full-time job,” Sarah stated, but clarified that she doesn’t describe her caregiver role as a burden and is grateful to be able to do it. “It’s what I do. What choice do I have?” (She noted the irony that this is the same response she often gets when asking parents of her pediatric patients about their workload!). She feels that the pandemic put a fine point on issues that already burden HCWs who also care for loved ones. Previously unrealistic job expectations are now exacerbated by a workforce shortage. Sarah now spends an average of six hours a day after work charting and responding to emails.

Sarah’s hospital bolstered its attention to resiliency during the pandemic, including allowing parents more flexible hours. However, specific considerations have yet to be made for employees such as Sarah serving as informal caregivers of adults. She noted that the needs of those doing double-duty generally go unrecognized.

"She noted that the needs of those doing double-duty generally go unrecognized."

Kay’s decision to leave her position highlights the result of insufficiently supporting double-duty HCWs. It is tragic for health systems to lose seasoned workers in the midst of a pandemic-related workforce shortage, and it is predictable that more will exit if the combination of work and life demands do not relent. In fact, the American Association of Critical-Care Nurses recently reported that out of 6,000 critical care nurses surveyed, 66 percent have considered leaving their jobs because of the pandemic.

"It is tragic for health systems to lose seasoned workers in the midst of a pandemic-related workforce shortage, and it is predictable that more will exit if the combination of work and life demands do not relent."

Henry Ford Health System is taking a proactive approach. As part of its Henry Ford C.A.R.E. Program (Caregiver Assistance Resources and Education Program®) that focuses on employee health, the system launched “f,” an Employee Resource Group (ERG) for double-duty caregivers to foster connection and support. The group has grown to more than 1,000 members. The program’s director, Rob Behrendt, RN, BSN, noted that while this is noteworthy, many more employees could benefit but they do not view themselves as caregivers. Rather, they see themselves as “just a daughter, son, neighbor, or friend taking on a helpful role, without identifying this as unpaid caregiving or acknowledging the challenges.” Like Dr. Friebert, it is “just what I do.”

In addition to the ERG, the C.A.R.E. program is working with ARCHANGELS to support these double-duty caregivers by offering the Caregiver Intensity Index to employees system wide as a tool to help informal caregivers identify as such, calibrate their intensity, and connect with right-time resources.

Other hospitals and health systems have implemented supports for double-duty caregivers (primarily for parents, with less attention to the needs of those caring for adults) and are testing approaches to reduce workplace administrative burdens. Examples include:

CAPC recognizes the emotional and practical needs of HCWs—particularly those in double-duty roles—and is responding by offering resources and ideas: 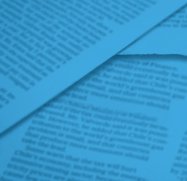 Get the latest articles in your inbox!

Be the first to read articles from the field (and beyond), access new resources, and register for upcoming events.

Fertility and Serious Illness: How to Support Patients with Reproductive Concerns

A blueprint for supporting patients with serious illness through sensitive conversations involving fertility and reproduction.

An Honest Look at Marijuana and Its Place in Palliative Care

How Deprescribing Can Mitigate the Problem of Overmedication

The importance of reviewing a patient's list of medications before adding to it—and how to assess if a patient is overmedicated.