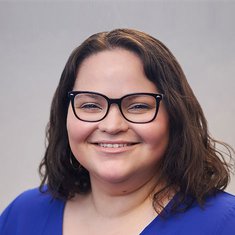 Rachael Heitner is the Senior Research and Analytics Manager at CAPC, working on several research initiatives within the department. Her areas of focus have included palliative care program process and structures, access to community palliative care, and palliative care messaging practices. Ms. Heitner has contributed to several publications and presentations, including Mapping Community Palliative Care: A Snapshot.

Prior to her work with CAPC, Ms. Heitner spent five years responsible for the smooth business operations of an inpatient palliative care team, providing her with a working knowledge of the importance of palliative care and its benefits for people living with serious illness.

Ms. Heitner received her Master of Public Health (MPH) from the Dartmouth Institute for Health Policy & Clinical Practice and has been inducted into the Dartmouth chapter of the Delta Omega Honorary Society in Public Health. She also holds a Master’s degree in Literary & Cultural Studies from Carnegie Mellon University and a Bachelor’s degree in Political Science from New York University.

See all Leadership and CAPC Team

How administrative staff can support a busy palliative care team on a day-to-day basis, and relieve stress.