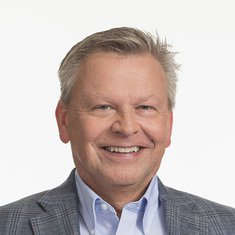 Rodney O. Tucker earned his undergraduate and medical degrees from UAB in 1984 and 1989, respectively, subsequently entering the internal medicine residency program at Carraway Methodist Medical Center. He completed his master’s degree in medical management at the University of Southern California’s Marshall School of Business in 2009. Dr. Tucker is board certified in internal medicine and hospice and palliative medicine. After a successful career in private practice and working with a regional provider of home care and hospice services, Dr. Tucker returned to his alma mater UAB in 2002. Since then, he has been engaged in developing one of the most comprehensive clinical, educational, and research programs in palliative care in the U.S. Between 2011-2018 Dr. Tucker also served as the Chief Experience Officer for UAB and is the director of the Palliative Care Leadership Center at UAB. He has been director of the UAB Center for Palliative and Supportive Care (CPSC) since 2013, during which time the CPSC has acquired more than $15 million in endowment funds that help to build and sustain both CPSC and now the Southeast Institute for Innovation in Palliative and Supportive Care at UAB. In February 2016 Dr. Tucker was appointed as the first holder of the Christine S. Ritchie, MD, Endowed Chair in Palliative Care Leadership at UAB.