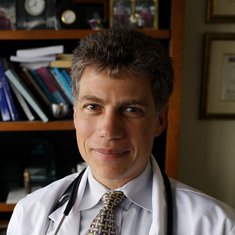 Dr. Morrison is the recipient of numerous awards, including the American Academy of Hospice and Palliative Medicine; American Cancer Society; American Geriatrics Society; and many more. He is currently principal investigator of a National Institutes of Health-funded five-year multi-site study on improving the management of pain in older adults.

He has published more than 120 research articles in all major peer-reviewed medical journals and contributed to more than 15 books on the subject of geriatrics and palliative care.